Economy enters ninth year of expansion, growing at a 2.6% annual rate in the second quarter 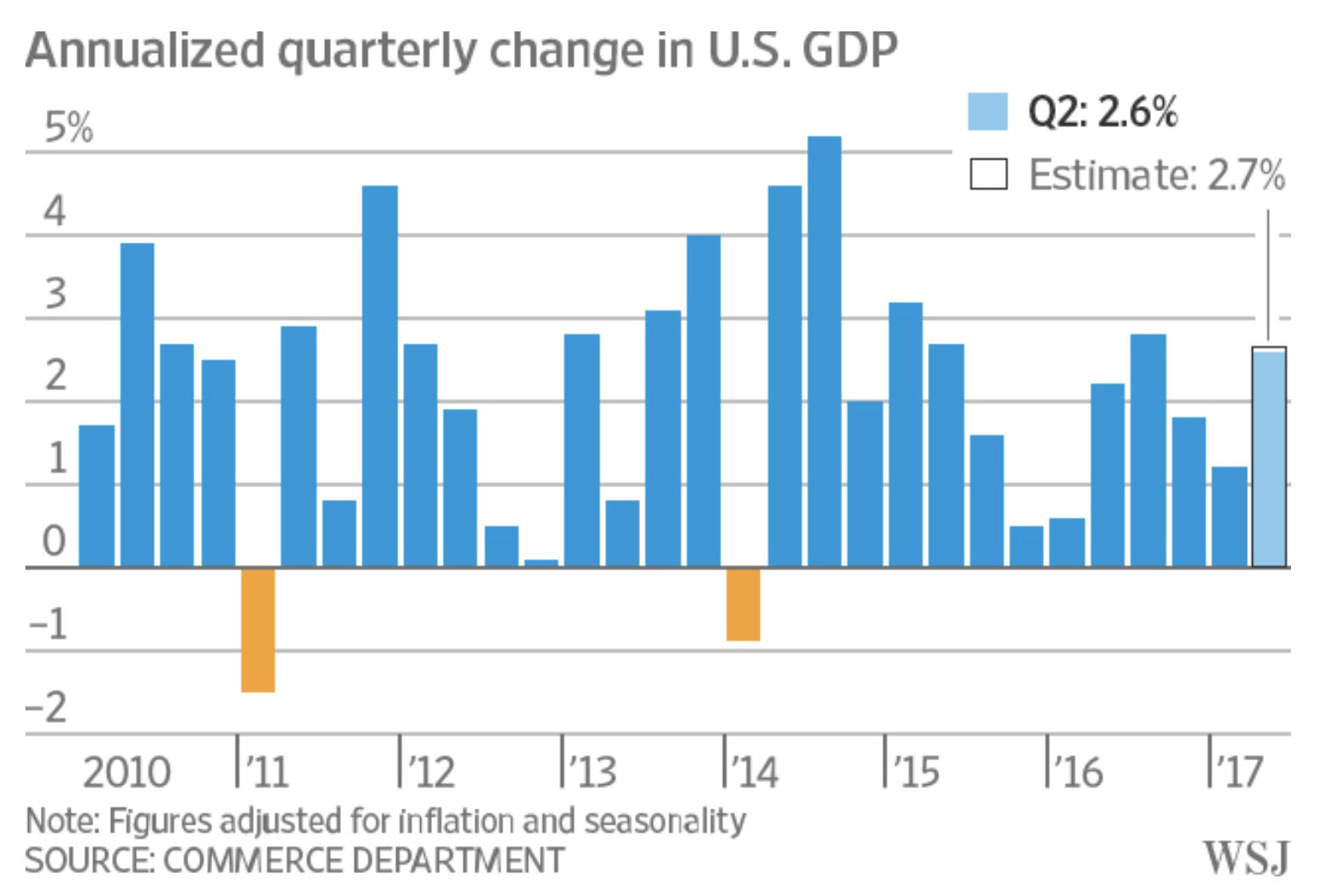 Slow and steady has produced a long stretch of job creation and left the economy on mostly stable footing, with few signs of the kind of excess that in the past have derailed long periods of growth.