3.7% Unemployment Rate, Lowest Since 1969 - Positive For Housing
The September Jobs Report in 9 Charts

U.S. employers added 134,000 jobs and the unemployment rate fell to its lowest level since 1969 in September.

The unemployment rate of 3.7% is now the lowest since 1969. Broader measures of unemployment, which include discouraged workers who have given up searching for work, touched the lowest level since that data began in 1994. The broadest measure of underemployment, which also includes part-time workers who would like full-time work, remains higher than in the late 1990s and early 2000s. 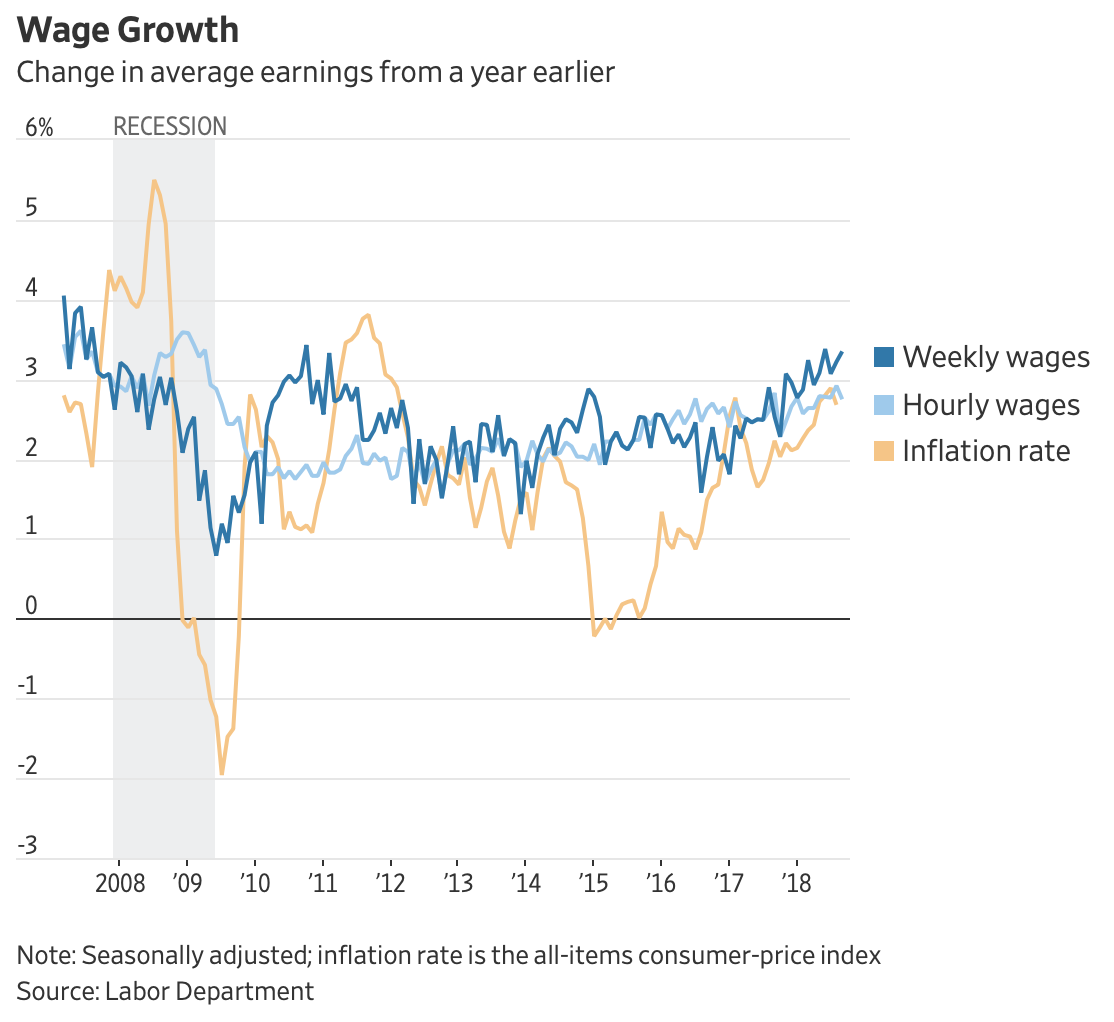 Wage Growth
Change in average earnings from a year earlier
Weekly wages increased about 3.4% while hourly wages are up about 2.8% over the past year. Most of those gains, however, are only a little bit higher than the inflation rate. 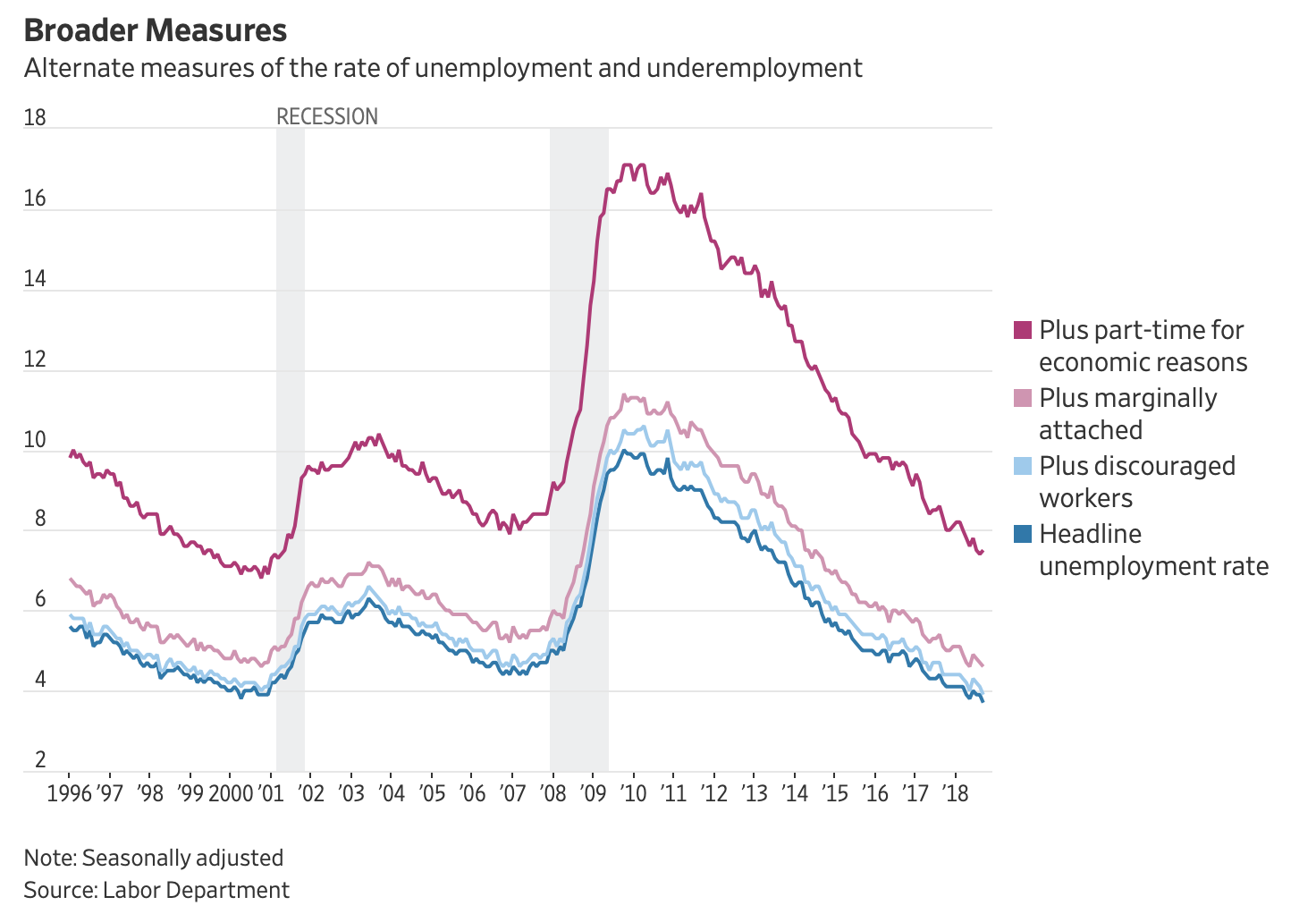 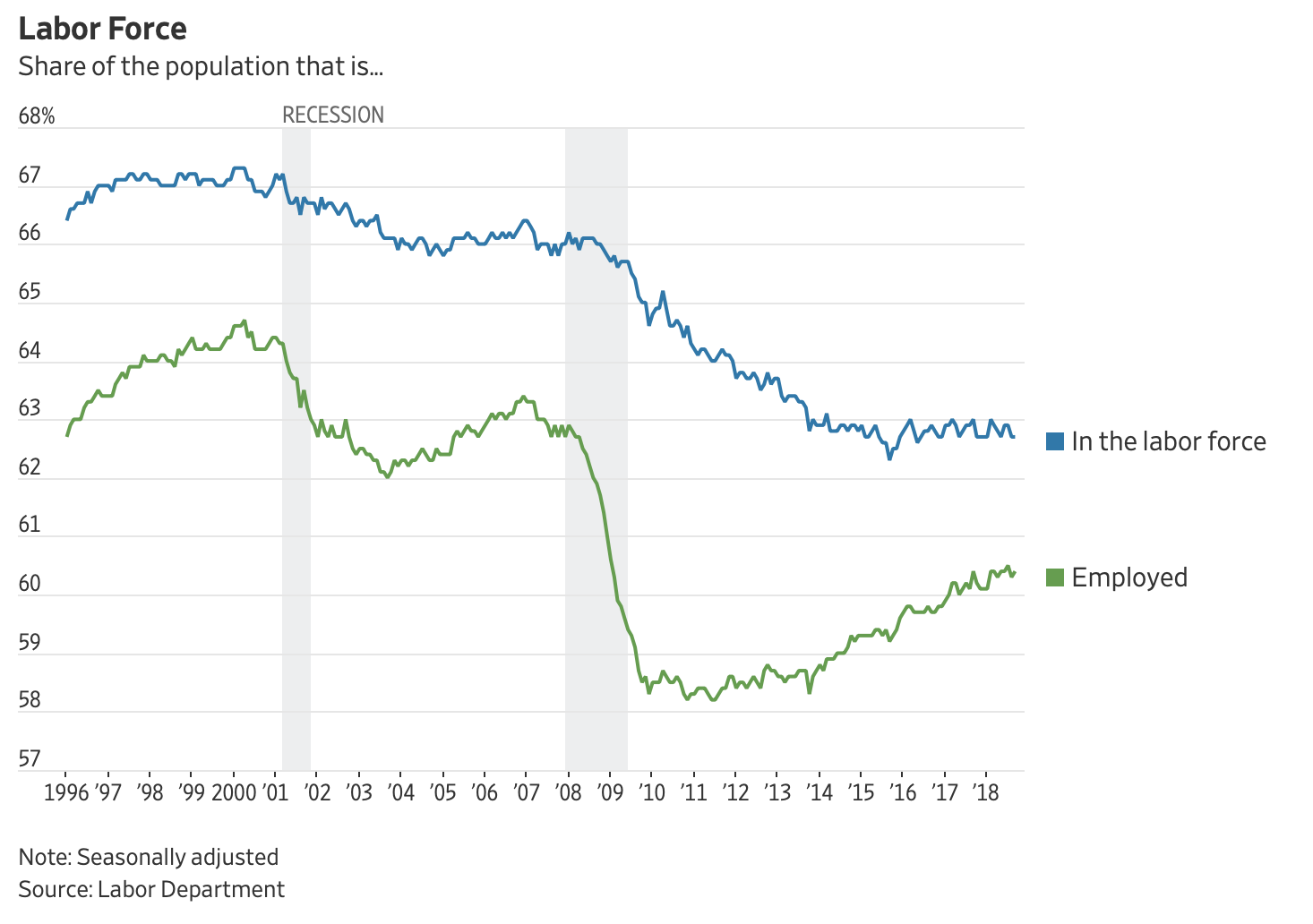 Participation rates are much higher for workers ages 25 to 54, where people are less likely to be out of the labor force due to retirement or education. The labor-force participation rate and employment-population ratio have both declined slightly in recent months.

The median spell of unemployment now lasts about nine weeks. This is much improved from the years right after the recession, but is still a few weeks longer than was typical during the strong labor markets of the late 1990s. Although job loss is now relatively rare, when it happens it can linger a bit longer than usual.

Even as the economy has improved, workers with different education levels face much different rates of unemployment. Those without a high-school degree have 5.5% unemployment while college graduates have an unemployment rate of just 2%. 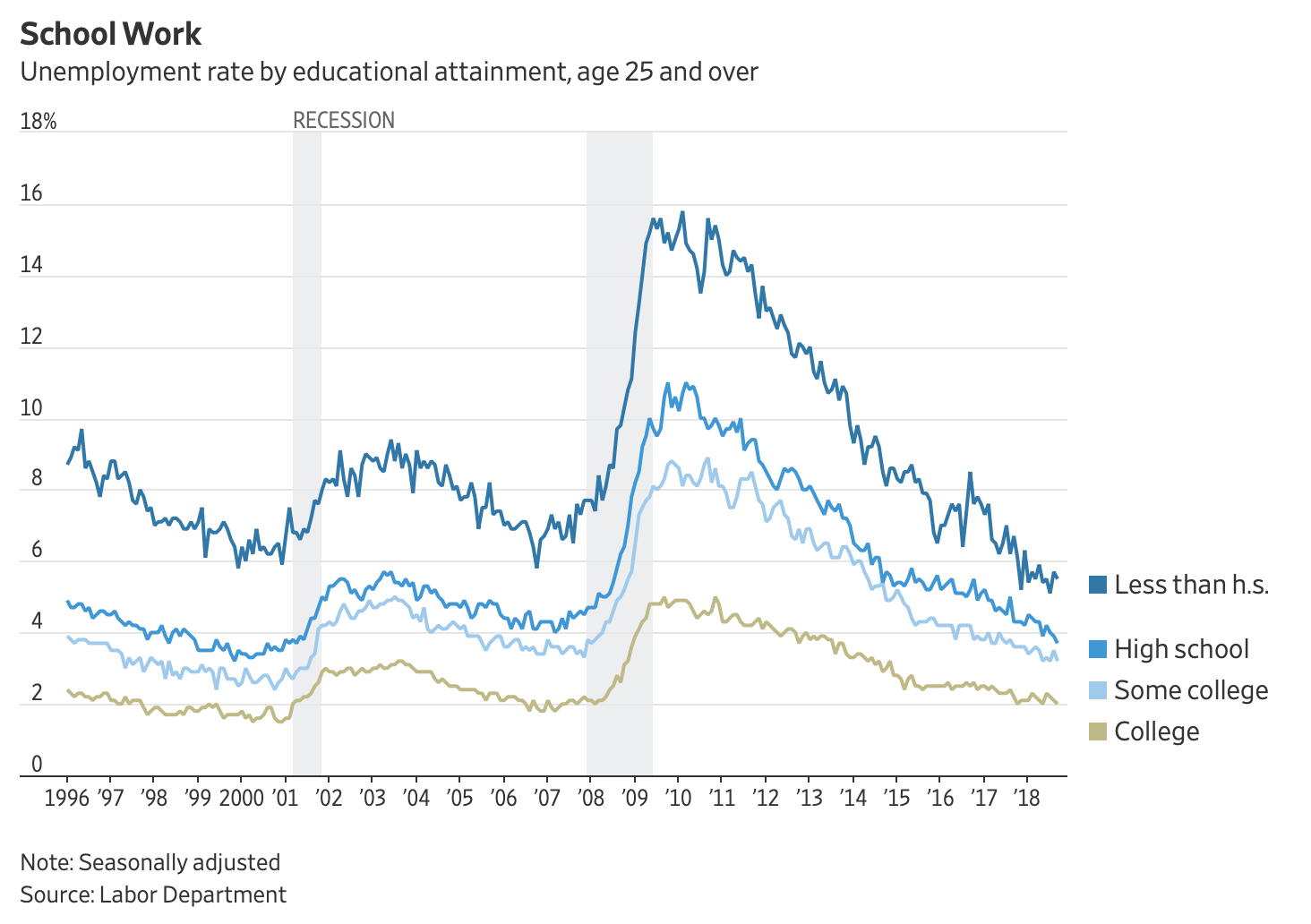 Unemployment rates have trended down for workers of all races and genders in recent years. The unemployment rates for white women, black men and Hispanic women are all at the lowest in at least several decades. 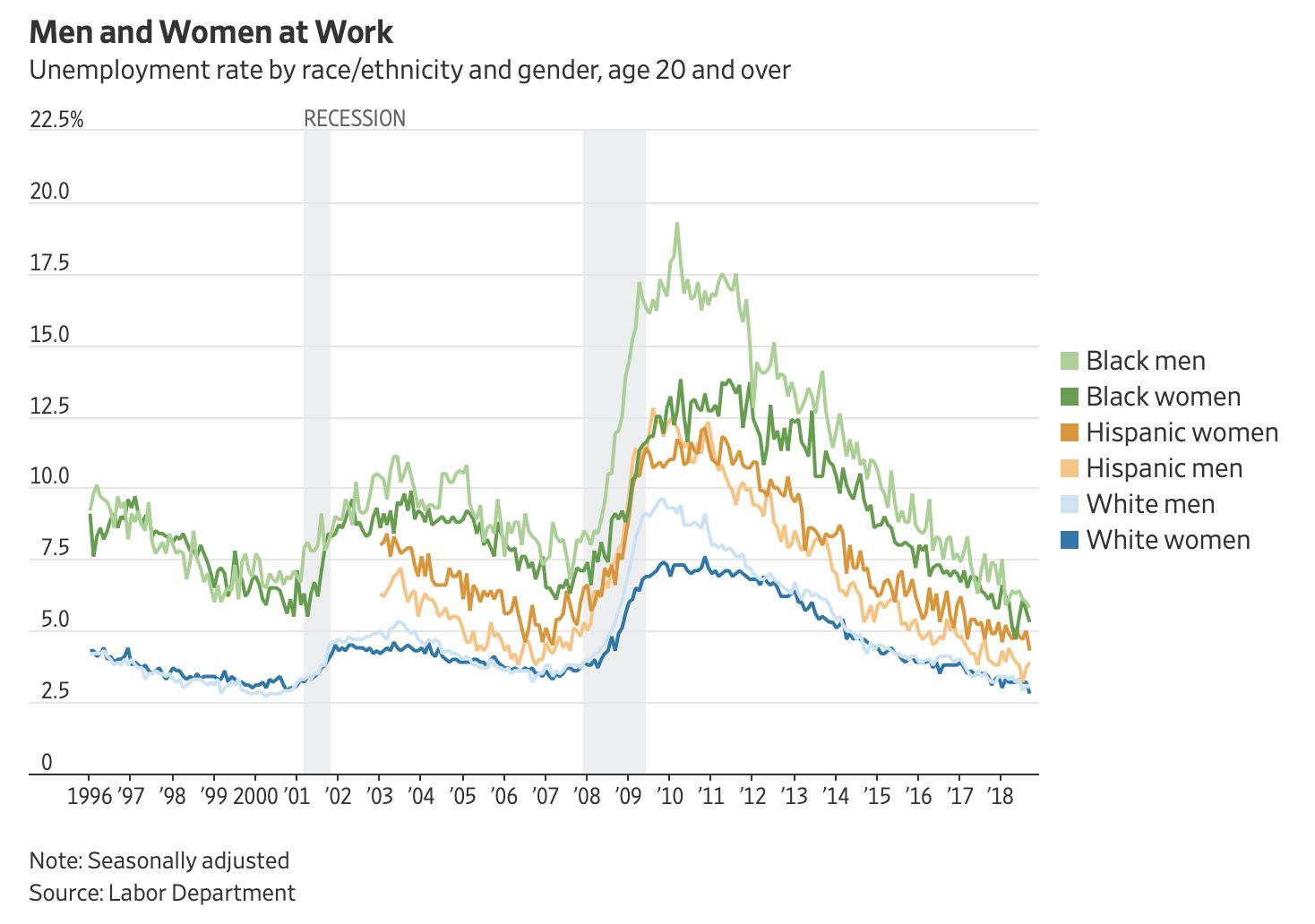 With nine months down, 2018 is shaping up to be one of the stronger years of job growth since the recession. 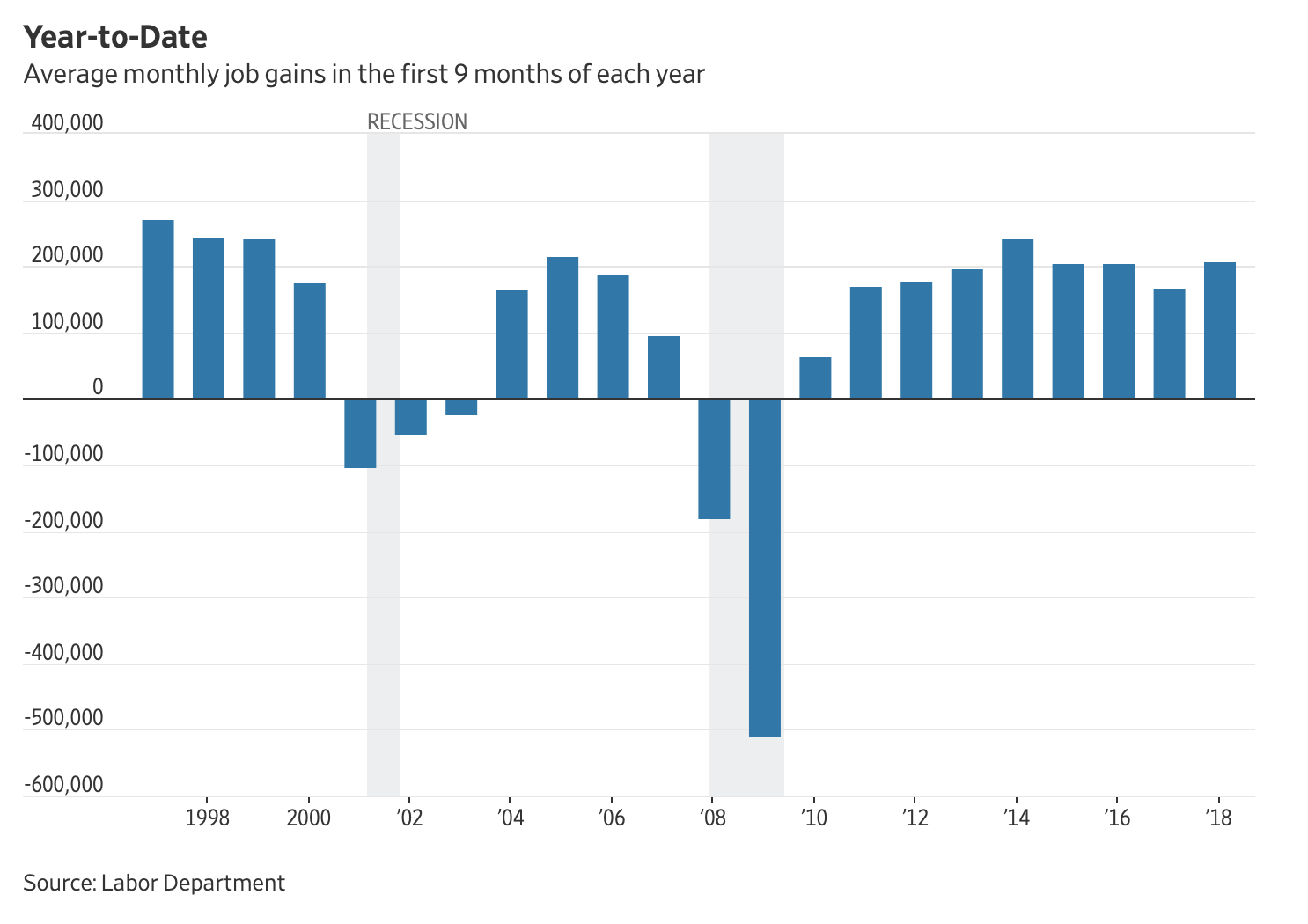